IMPRINT+ at the Spanish Sports Week 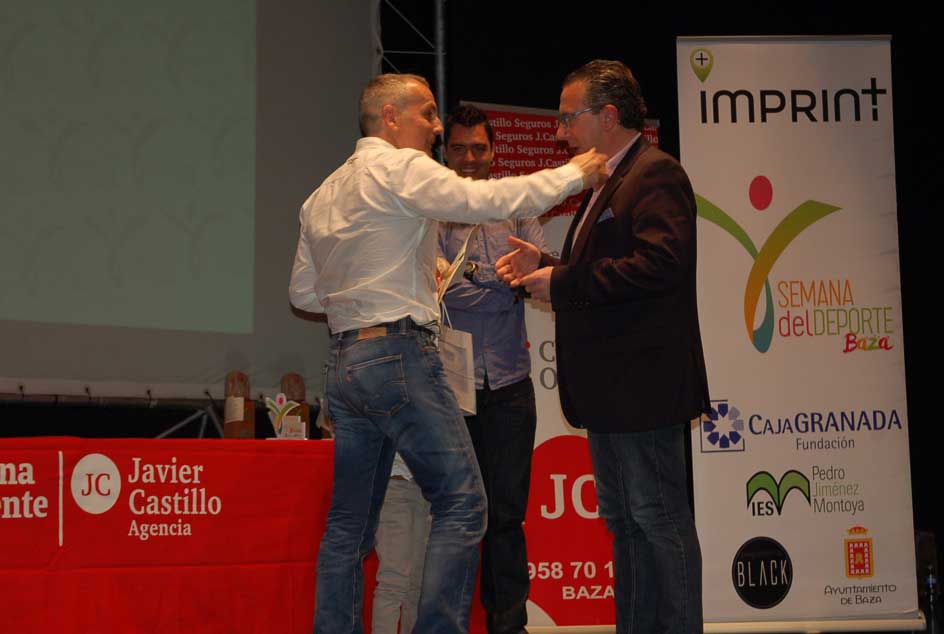 The most successful dissemination of Imprint+ image has been at Sports Week, Spain, which has had a large impact on local and regional media, both radio and press as well as TV. Also, Sports Week receives approximately 4,000 people including conference attendants and sports activities participants. During this event, Imprint+ has been visible at the various talks and conferences, on T-shirts worn by pupils taking part in competitions and especially at the Sports Award Ceremony held on April 16th, 2016, which was broadcast live on TV.

Furthermore, IES Pedro Jiménez Montoya has managed to establish several collaboration agreements with different administration departments, companies and institutions, which will play an important role in future dissemination activities. Among them, we can mention the following:  The Teachers Training Center, Baza City Council, the local foundation that runs the Spanish Open University, The Businessmen Association, and especially "Catalana Occidente" Insurance Company, one of the most important companies in this sector, which has agreed to include the Imprint+  Good Practices Tutorial in its insurance policies, in addition to collaborating in future dissemination actions.

The Imprint+ brand has also been disseminated through radio programs and publications of several specific articles in the press. Additionally, our High School has strongly supported this initiative.  Imprint+ appears on school leaflets and websites and also has a place in the European Corner, along with the other European projects being implemented.